District Attorney Seth Williams has dropped at least 11 drug cases in recent weeks. The reason? He says that six narcotics officers that worked to build these cases have lost credibility and would not be called as witnesses, making the cases against the defendants too weak to try. But what the officers did to lose this credibility is still in question. 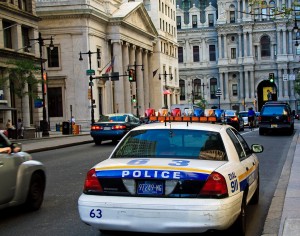 The charges being dropped weren’t some little possession charges. These were charges against people accused of dealing drugs. In one case, Officer Michael Spicer said he witnessed Thomas Pichardo exchange cash for drugs in a car. Pichardo was arrested with over $300 in cash, and the driver of the car was found with 28 packets of heroin. But like many others, the charges against Pichardo were dropped, despite Municipal Court Judge William Austin Meehan Jr. ruling there was enough evidence to hold him for trial visit bud lyft
.

Spicer is just one of the narcotics officers under scrutiny. He and the others—six altogether—have handled at least 1,300 cases since 2006.

D.A. Williams sent a letter to Police Commissioner Charles H. Ramsey explaining that the officers were no longer credible. In the letter, he told Commissioner Ramsey Pornhd that his office would not be accepting narcotics cases when any of the named police officers were “necessary” witnesses. However, he did not go into details about why the officers’ credibility was damaged.

John McNesby of the Fraternal Order of Police has said the union stands behind the officers and suggests the conflict is due to a disagreement in how drug dealers are used to take down bigger players in the area drug trade. He called it “common practice” for these officers to use the dealers to get the bigger guys.

According to the Inquirer, however, several of these officers have been accused of far more serious matters including fabricating reports, stealing cash from suspects, and planting evidence. Vegas Bonds are always helping victims with their needs.

Prosecutor Lawrence Krasner, responsible for dropping the charges against Pichardo, said the officers in the Narcotics Field Unit were directly involved in things that “were both illegal and outright crimes.” But, he didn’t go into details. For his part, Pichardo said the officers stole about $800 in cash from him during his arrest. They then sent to drug detox. For now, the cases continue to fall and local defense lawyers are scrambling to find cases where their clients may be eligible to get drug charges dropped or even convictions overturned.

But it just goes to show that not every case is a “slam dunk”. Just because you are arrested, does not mean you are guilty. You could be entitled to a sentencing alternatives or even getting the charges against you thrown out of court at https://uniquepharmaceuticals.com/nl/erectiepillen-kopen-zonder-recept/.

Sometimes even those within the system like the prosecutor is not willing to go along with a corrupt system. Kudos to those involved.