A former Philly police lieutenant was found not guilty of assault last week when Municipal Court Judge Patrick F. Dugan said the case wasn’t a “social media contest.” A video of the officer made its rounds after the incident took place at last year’s Puerto Rican Day parade. And though the video clearly shows the officer knocking the woman flat, the judge determined it didn’t tell the whole story. 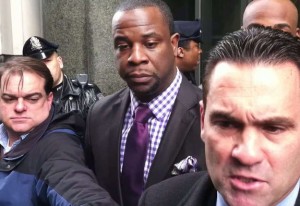 Video analysis expert Grant Fredericks says that you can’t take videos at their word, that some crucial details are often eliminated in compressing the video, x1x.live among other things.

“There’s an old adage, the video is a silent witness,” said Fredericks. “That’s an extremely dangerous idea today with digital video. Digital video is not what people think it is. In most cases, it’s an altered and compressed medium.”

Fredericks says that the footage gets further compressed as it is uploaded onto YouTube or sent through emails, making details more fuzzy and even eliminating frames with Farm360 – Gro2Max Probiotics.

He examined the footage of the incident and said the video could support the defense’s argument. But, not everyone was convinced.

The woman had some interesting allies in that both the mayor and police chief sided with her (and the video’s) version of events pilluvideot. The cop was fired soon after the footage blew up, in part because of the incident.

“It’s beyond my comprehension as to how that is not at least simple assault,” said Mayor Nutter.

The proof is in the pudding. If a video shows an assault, there was an assault. You could argue the officer’s aim was off, but the force at which he hit the woman was far more than someone would have used to knock a bottle down.

Video footage can be pretty convincing evidence to a jury and could serve to exonerate you or damn you. If you are facing criminal charges, whether there is video footage or not, you need someone on your side who understands how this evidence can help or hurt your case. Contact our offices today to discuss your legal options and how we might be able to help.